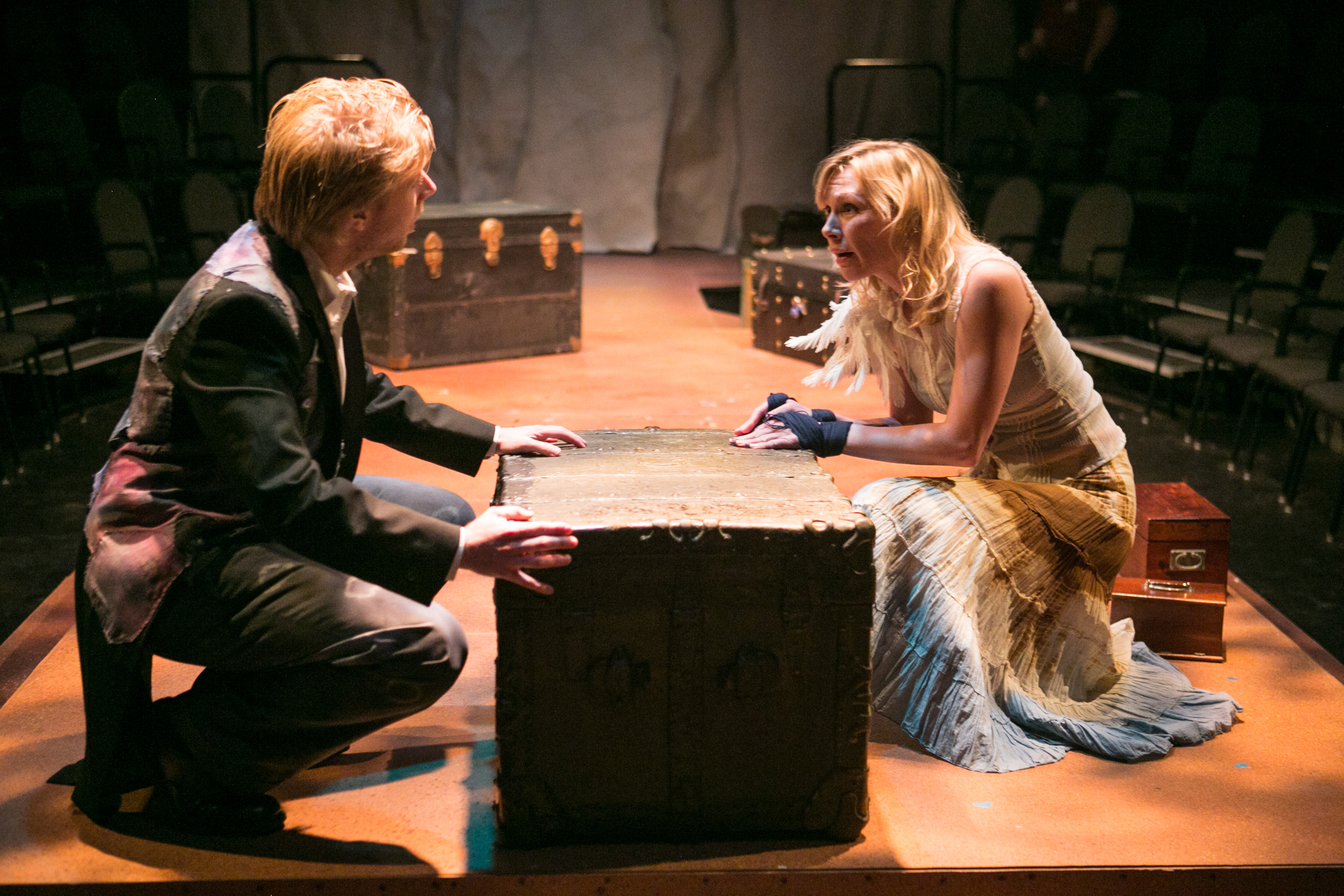 It’s summertime again in the District and that means the return of two seasonal pastimes: complaining about the weather and theatre festivals. If you ask two people walking down 14th street about the weather, the first might celebrate it as sweaty perfection while the second might roll their eyes, muttering about swamps and global warming. Elsewhere on 14th street, inside the Source Theatre, a similar study in contrasting perspective is taking place this summer as part of the ninth annual Source Festival.

The Source Festival, presented by CulturalDC and opened June 8th, is a month-long theatre festival focused on developing and producing new works. “Our story, as humans, as Americans, as citizens of the world–it evolves every day and our playwrights are on the front line–taking in our world, adapting it through their own unique lenses and reflecting it back to us” says Source Festival Artistic Director Jenny McConnell Frederick, “Source Festival puts a high priority on seeking out, developing and producing a fresh collection of these stories each year.”

Fully staged productions of three new plays, selected through a national search, is one core of the festival.

Georgette Kelly’s Ballast, one of the new plays selected, centers on two relationships between cisgender and transgender partners. Over the course of the play, both couples grapple with the process of gender transition (which is not frequently enough portrayed on stage.) The play presented a few challenges for Ballast director Margot Manburg, including casting transgender performers and “maintaining the equal footing” between all of the characters.

Investigating the essential intersections of gender identity and romance inBallast has presented, Manburg observes, opportunities for audience and artists alike. “This play could literally be the experience of someone on the production team or in the audience, or could provide the catalyst or language for a conversation that an audience member hasn’t been able to articulate.”

The festival takes inspiration from the selected plays to identify three overarching festival themes. Based on those themes the festival commissions eighteen ten-minute plays and three cross-disciplinary collaborator commissions (“Artistic Blind Dates”.) In other words: the festival provides twenty-four perspectives on three themes.

If “Heroes & Homes” are not your thing, you need not turn away. The festival is also offering “Secrets & Sounds” and “Dreams & Discord.”

The “Artistic Blind Dates” are one of the most unique aspects of the festival. Once the full-length plays are selected, nine local artists read the plays and then collaborate in teams of three over four months to develop brand new performance pieces.

Entanglement, one of the “Artistic Blind Dates”, was developed by artists Claire Alrich, Maryam Foye, and Britney Mongold based on their reading of Jennifer Fawcett’s full-length play Buried Cities and the theme “Heroes & Homes.”

“Claire, Maryam and I explore our own heroes on a very personal level,” Mongold says. “We selected matriarchs from our own ancestry and are comparing our life paths with theirs.”

Mongold and her collaborators want to keep the exact nature of audience participation a surprise, but shared that by the end of the performance the audience is invited, “to share in moments of reflection and meditation, honoring memories in an immersive, cozy setting.”

Taking stock of both the past and the future is also surely on the minds of the festival’s producers in the rapidly developing 14th street corridor. But for now, they’re excited to support another year of new theater.

“[N]ot everything we do will be to your tastes, but it’s all smart, original work being made by some of the most promising theatre artists in the country”, promises Frederick, “Come sample what’s out there and you’re sure to discover something new and wonderful.”

Amy Austin, executive director of TheatreWashington, added, “By working with playwrights of our time we capture the fragility, the stories, and the wonder of the age we live in. The Source Theatre Festival has long offered to be the place to nurture and honor new work.”

Whether you find the weather unbearable or ideal, the plays brilliant or busted, this summer’s Source Festival offers an engaging escape from the heat. And, not just because the theatre is air conditioned.