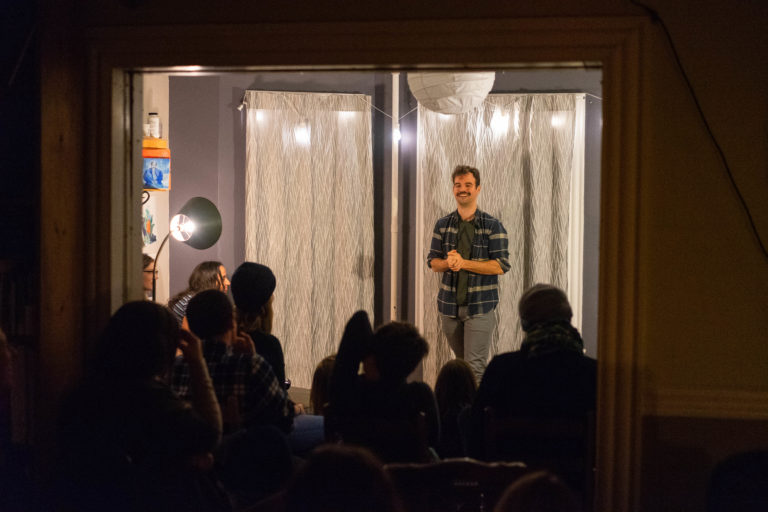 Theatre and religion have been intertwined since the beginning – the very, very beginning. One of the earliest forms of theatre developed in Ancient Athens with public festivals of music, poetry, and dance held to honor the Greek god Dionysus. Religion has also long served as inspiration for artists’ expression, from Leonardo da Vinci’s painting The Last Supper to Kanye West’s recent Sunday Service concert series. Faith makes for a rich topic of artistic inquiry as it is both highly individual and dependent on communities in order to survive. The tension between personal systems of belief and the public presentation of these beliefs can cycle from pushing faith forward to holding it back.

Boston-based comedian Brett Johnson adds his own contribution to this swirling dichotomy with Poly-Theist, a reverse testimony of sorts sharing the cascading series of events that led him to walk away from his faith, his monogamy, and his marriage. Johnson joins a roster of other writer-performers exploring their religious backgrounds through humor, such as Kevin James Doyle with his live show 30-Year-Old Virgin, Pete Holmes’ with his TV series Crashing, or Kumail Nanjiani with his film The Big Sick, which struck enough of a chord with Oscar voters to land a nomination for Best Original Screenplay. Not quite a stand-up special or one-man-show, Poly-Theist hovers closer to the kind of oral storytelling you might hear at a Moth open mic.

Johnson’s story starts like any standard rom-com. He meets his college sweetheart, Audrey, on campus and their relationship progresses quickly. At 21 years old, Johnson and Audrey marry within a month of his college graduation, not at all an uncommon experience at “ring by spring” schools – religious colleges where couples often get engaged before the end of their senior year. After a few years of marriage, they decide to open their relationship after agreeing they both want to see other people but not break up.

Relationships can be complicated enough between two people, so it stands to reason that the potential difficulty compounds with every new person added to the web of romantic attachments. The tale requires a massive amount of vulnerability to impart, which Johnson pairs with a heavy dose of self-deprecation. Bringing a nervous energy to the stage, he jokes he could pass as a “bisexual Luigi,” referring to the Nintendo character often overshadowed by his more famous brother, Mario. Johnson doesn’t lecture or judge the audience for its beliefs or choices, opting to judge himself instead. He recalls how he was unable to turn Audrey down when she wanted her boyfriend to spend the night at their house, making a joke rather than voicing how he really felt.

The show itself mirrors that impulse by tagging each tough moment or observation with another one-liner. While the balance of levity and gravity is a tricky line to walk, the piece succeeds most when it leans away from the mask of comedy and honors the inherent magnitude of the situation. Poly-Theist benefits from the moments when Johnson allows the story to breathe by giving the audience a broader context to latch onto. As shown by the inspirational figures in many a religious parable, sometimes you have to go through trials to come out stronger on the other side. 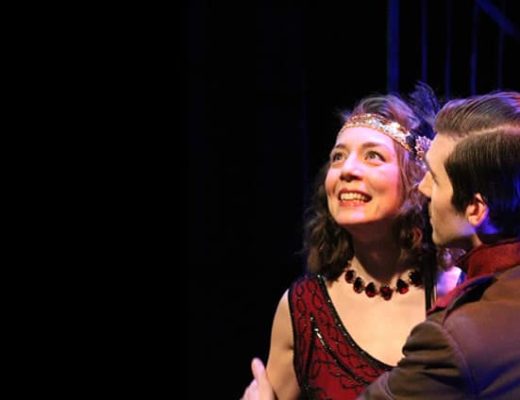 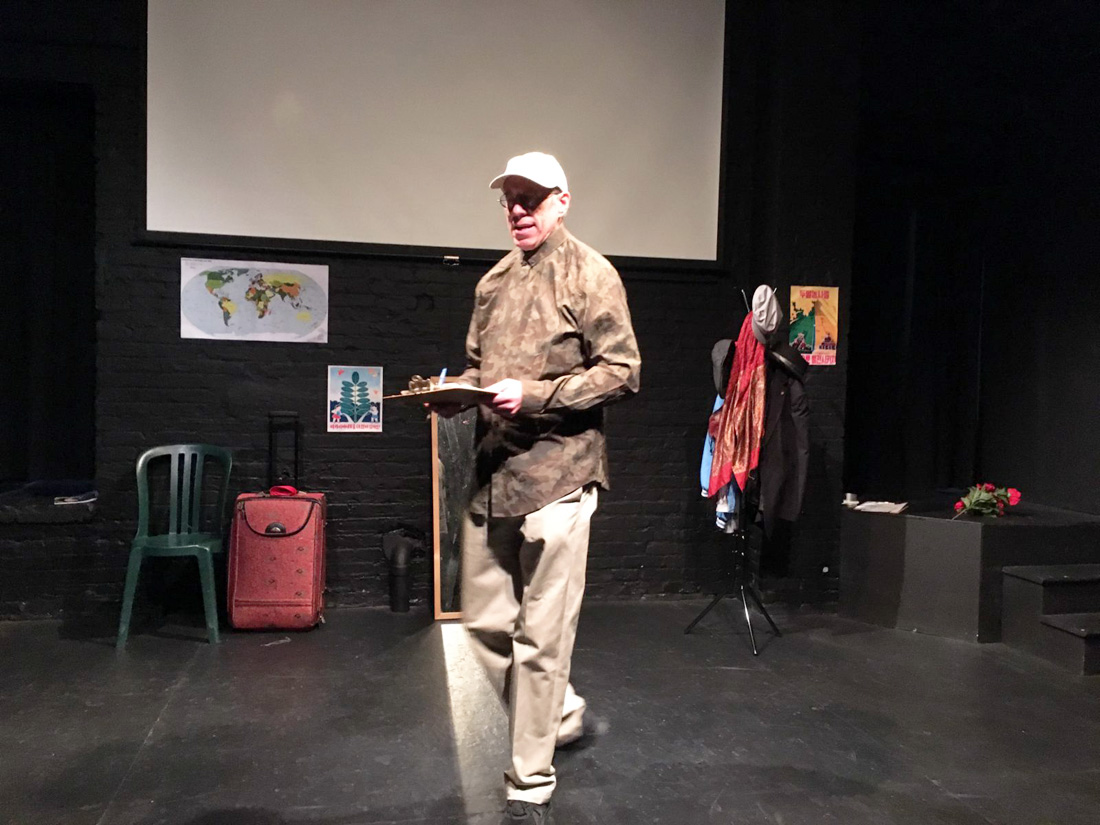