In the armed services how you identify yourself (rank, branch, tours of duties) reveals critical information about the length and depth of your military career. In the world of dance, particularly in ballet, there is similar identification shorthand that gives insight into a dancer’s proficiencies. What can never be quantified is the human element, the fact that no two people–even those who have the same experiences–will experience them the same way. That human element was on full display as The Washington Ballet, under the artistic direction of Julie Kent, presented Three World Premieres March 14-18 at the Harman Center.

Three World Premieres was a showcase of three veteran dancers Clifton Brown, Gemma Bond, and Marcelo Gomes, as they pivot from their work as performers to creators as choreographers. The two-hour performance had intermissions after each act. Clifton Brown’s Menagerie opened the show.

Brown, who started his professional dancing career in 1999 as a member of the Alvin Ailey American Dance Theater (AAADT) is a Bessie Award winner, a founding member and rehearsal director for Jessica Lang Dance.  Additionally Brown has performed on So You Think You Can Dance and Dancing With the Stars. Menagerie features 10 dancers and was set to Gioachino Rossini’s Duet for Cello and Double Bass in D Major. Cellist Suzanne Orban and Bassist Marta Bradley brought the piece of music to life; their playing added another rich layer to the performance.

Menagerie, as its name suggests, was free-flowing and light. Comprised of three dances, each had corresponding openings and endings. The start of the piece has two male dancers with their backs turned to the audience, heads high as if looking at a horizon. The lighting designed by Robert Fabrizio was subtle throughout, starting in a pale blue that shifted to deep copper before returning back to blue. The two male dancers were soon joined by two female dancers, with a slow rhythmic interplay prior to a pairing off.

Menagerie seems very aware of the audience. Commonly with four dancers two men and two women, the pairing would be gender balanced, but often that convention was brushed to the side. And there were at several turns facial expressions just as important as the body moments in regarding to the feelings of the dancer. As all ten dancers arrived on stage there were still moments where groups clustered, but more of the movements were in long clean lines facing the audience. The syncopation of the dueling cello and bass added drama, and even the moments when the music was less intense the natural rhythm of the dancer’s steps filled the sound void. As Menagerie draws to a close all ten dancers are on stage against a golden orange backdrop, creating a flower-shaped silhouette. It reminded one of a formation we’ve seen performed by the Ailey Company, but the transition out was joyful movement filled with laughter, encapsulating Brown’s genius and station as a creative.

Gemma Bond hails from Bedfordshire, England, and she is currently a corps member of the American Ballet Theatre (ABT). Bond’s choreographic career goes back just as far as her dance training; her first piece was staged at the age of 13. The 2017-2018 Princess Grace Foundation- USA Choreography Fellow has created three ballets for ABT’s Choreographic Institute and her next commissioned work with a premiere at the Ballet Sun Valley. Performed this evening was Myriad, set to the music of Henry Purcell. The dance features six female dancers and one male counterpart. Whereas Menagerie did not reduce to a linear narrative, Myriad is presented as a story, with a clearly defined being, middle, and end.

As the curtain rises a white-hot backdrop stings your eyes. Thankfully it softens as six women dancers in long flowing pastel-colored dresses move to center stage. Through the opening, the dancers are commonly interlocked, each taking turn coming to the forefront. One after the next, each establishes her own tempo while the rest sway in the rear. Seeing these performers, and knowing there will be a seventh, it was hard not to think of themes like creation and completion. As the male dancer arrived–on this evening Brooklyn Mack–those earlier thoughts are solidified as he dances with each woman individually. Each dance had some overlap, but was distinct. And as Mack and Ashley Murphy dance you begin to see a more pronounced contrast in the styles of the women dancers. As Mack leaves the stage the lights are lowered to the point that you cannot tell the remaining women dancers apart. Their long elegant outlines become elongated as their movement slows, and the bright light that opened the dance is long gone as dusk and darkness settle over the stage.

The final premiere of the evening was choreographed by Marcelo Gomes, from 2002 until 2017 a Principal Dancer with American Ballet Theatre. Gomes started his training at age 5 in his native Brazil, and in 1993 was awarded the Revelation Prize that sponsors his travel to the states to continue his dance education. The Outset, which is set to the music of Antonin Dovrak, was played this evening by a quartet including violinists Sally McClain and Mayumi Pawel, Jennifer Ries on viola, and Suzanne Orban on the cello. The Outset is the most story rich of the three premieres, and not just because the dancers have character names in the program. Created by eleven dancers, The Outset tells a very particular story and does it really well. The dance segments are episodic and easily flow into each other. Penny and Martin are a young soon-to-be-married couple who live in a small town. While they are excited about the prospect of starting a new life together, Martin yearns to explore life beyond his small town limits. The struggle of loving and leaving is the central tension of this work.

The costume design (by Judy Hansen) accentuates the authenticity of The Outset. The women dancers wear long prairie dresses while male counterparts are in dark colored pants and button-down shirts. As the dance moves to a more formal setting, accents like ribbons and bolo ties are added. The dancing in The Outset generally was in one of three varieties: celebratory but controlled line dances, multi-tiered formations, and couple paring. The line dances were joyous and well executed as they used showcased the company’s well-practiced coordination. The multi-layered formation that often included all eleven dancers drew your eyes all over the stage, giving the impression of organized chaos. From a story-telling perspective, it allowed the protagonists to appear out of the center of the action, which played well into the overall theme of questioning ones place at home. Much of the couple dancing was performed this evening by Maki Onuki, and the aforementioned Brooklyn Mack. The two performed wonderfully together, taking advantage of Mack’s dexterity and Onuki’s powerful grace. It was a pleasure to see Mack’s skill showcased in two of the three premieres.

As the final curtain fell there were two obvious takeaways. Brown, Bond, and Gomes’ years of dedication to the craft of dance have translated into three unique works of choreography. Menagerie, Myriad, and The Outset were each distinct, yet very much in the evolving tradition of modern ballet. The gifted dancers of The Washington Ballet and the artistic supportive environment that director Julie Kent is prioritizing there will be an opportunity for more dancer-turned-chorographer works in the future. 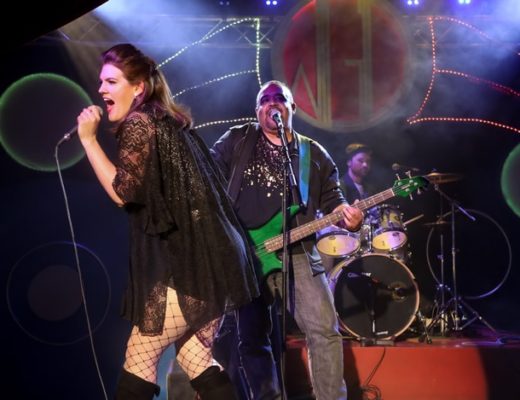 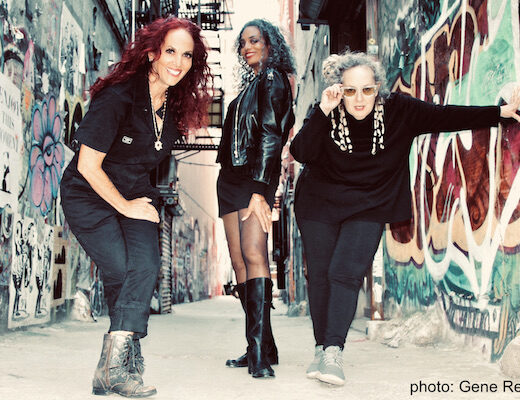 BETTY’s Back for a Holly Jollypocalypse