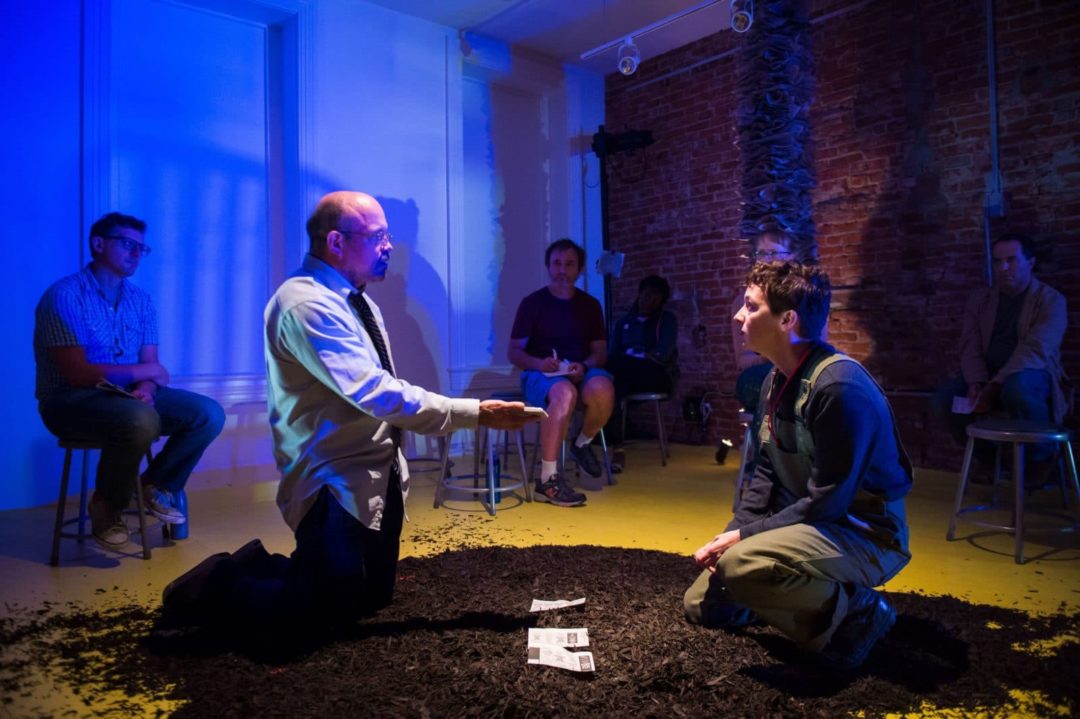 In 2017, the American Psychological Association acknowledged the existence of a new psychological disorder: eco-anxiety. The disease can cause a spectrum of despair in response to the effects of climate change, including substance abuse, anxiety, depression, and chronic stress and fear. However, some psychologists do not classify eco-anxiety as a mental illness, despite many overlapping symptoms, because they believe the underlying cause is “rational.” As Swedish teenager and environmental activist Greta Thunberg said at the 2018 United Nations Climate Change Conference: “Until you start focusing on what needs to be done rather than what is politically possible, there is no hope. We cannot solve the crisis without treating it as a crisis.”

The variance of individual responses to communal concerns is one of many ideas confronted in The Edge of the Universe Players 2’s current production of My Barking Dog by Eric Coble. Staged in the round by director Michael Chamberlin, the play centers on two neighbors who don’t even acknowledge each other for a large chunk of the play until the mysterious appearance of a city-dwelling coyote outside their home. Most of the tale is imparted to us through interlocking monologues from the earnest Melinda (Tia Shearer), who works the graveyard shift at a printing plant, and the recently unemployed Toby (Christopher Crutchfield Walker), who lives near the largest cell tower in the world but can’t manage to get a connection on his hand-me-down phone.

Like his visitees, the coyote is a nocturnal creature who travels alone. Melinda and Toby both find a renewed purpose in their interactions with the unnamed and untamed animal. Melinda starts out by leaving meat for him to take while Toby begins a nonstop research quest to learn as much as he can about the canis latrans. Both Shearer and Walker excel in maintaining intimacy with the audience and choosing when to make critical eye contact. Leaning on her experience in children’s theatre, Shearer brings a wistful sincerity to Melinda’s direct address and guides us through what might otherwise be an abrupt heel-face-turn for her character later in the play. Walker serves up a balance of gallows humor and exasperation as the downtrodden Toby, whose resilience has been knocked down a few pegs since losing his job. Multiple audience members nodded in agreement to his miserable adages about unemployment, insomnia, and technology.

If it’s possible to have a scene-stealer in a show with only two characters, that designation goes to the impeccable scenic design by Giorgos Tappas. Though the floor is painted bright yellow, the set gives the feeling of a bunker or post-apocalyptic landscape. Columns of recycled newspapers stretch to the ceiling, framing the static-filled box televisions in opposite corners of the room and an unsuspecting pile of mulch arranged in a perfect circle. The seating arrangement of stools strategically placed around the edge of the gallery space also contributes to the initial sense of desolation.

If, as Toby observes, “the two hardest things about being unemployed are looking for work and not looking for work,” then perhaps the two hardest things about knowing of global catastrophes are trying to solve them and knowing you cannot. Luckily, we don’t have to do it alone. As the pre-show track “Road to Nowhere” by the Talking Heads invites us to do for the next 95 minutes, “come on inside/taking that ride to nowhere/we’ll take that ride.” 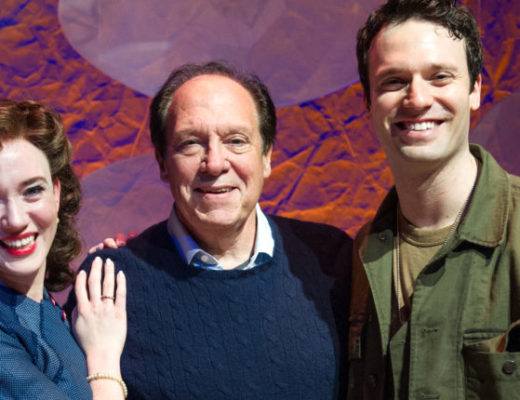