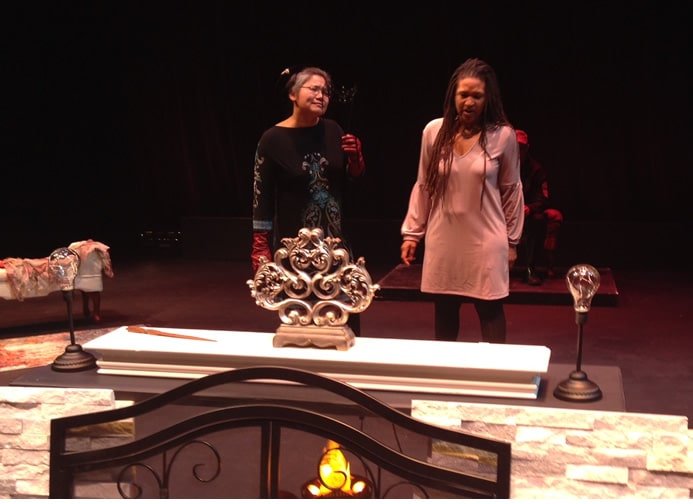 The production purports to have moved the setting to the present day, though I noted no indications it took place anywhere but the timelessness of the afterlife. Even so, Sartre’s ideas of individualism and authenticity still loom large over the twenty-first century when issues of chosen and inherited identity have led to a rise in introspection.

In fact, No Exit is a direct inspiration for Mike Schur’s hit comedy series The Good Place. Viewers were so interested in the philosophical elements of the of the show, NBC decided to create a web series hosted by philosopher Dr. Todd May to teach the audience how to develop good morals. Even the rise of the astrology and tarot movements speaks to how willing people are to search externally for self-knowledge. If you’ve ever filled out a Meyers-Briggs personality assessment, dream journal, or BuzzFeed quiz, you too have taken part in the quest for meaning the characters in No Exit embark on. What if we don’t like the way others see us? What if we finally find out who we are and think that person is ugly? The ways technology continually pushes these questions to the forefront of our minds suggests that this eagerness to define selfhood is more than just a passing trend.

However, those of us on Earth have a better chance of benefiting from this process of self-discovery than the characters in the play. Once they begin policing each other’s behavior and revealing what they’ve done to warrant an eternal sentence, it becomes clear that the roommates are each other’s torture. Ines leaves chaos wherever possible; Estelle doesn’t like the way Joseph holds his mouth, but still wants to seduce him; Joseph tries to leave the room but can’t bring himself to do so until he convinces Ines to think better of him. And so on.

Just as the characters in the text are mismatched, the staging and intentions of this production are also at odds with one another. The title of No Exit refers to the legal term in camera, a judicial proceeding that takes place behind closed doors. But everything about this configuration of the Silver Spring Black Box Theatre feels wide open; the largely unmodified space doesn’t suit the fundamental tension of the play. With sweeping curtains and a ceiling two stories high, what is supposed to be a Second Empire drawing room instead seems like a full-size penthouse. Since Whiteside places much of the action against the back wall of the room, the actors’ voices are often swallowed by the vastness of the theater.

Most baffling is the situating of a fireplace front and center which blocks the characters who are almost always sitting behind it. The semi-arena seating arrangement also pushes the audience even further away from the infighting. There’s no feeling of constriction, no sense of the characters psychologically needling into each other and letting a spare word get under the skin. Consequently, it’s difficult to track the changes in the trio’s relationships. If there is any genuine string-pulling going on, the audience isn’t able see or hear all of it. It’s unfortunate that such a solvable issue was what kept this production from rising to its full potential.

The escape room option was not in service the night I attended, but if scavenger hunts and logic puzzles tickle your fancy, you can participate in the game for an additional fee this Sunday. Ultimately, No Exit is a reminder we’re all just trying to make sense of the world around us and how we fit into it. Whether it takes the prospect of eternal damnation or seeing a play to jumpstart these feelings, it’s best to improve our relationship with the self before time runs out. 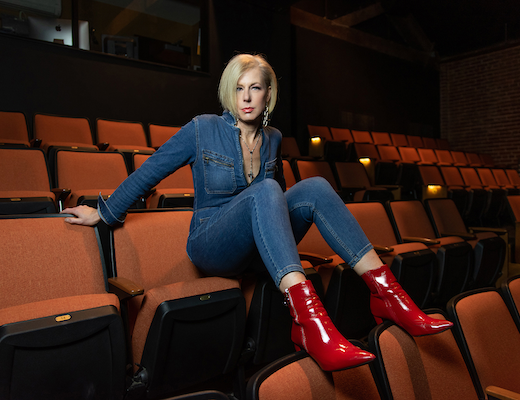 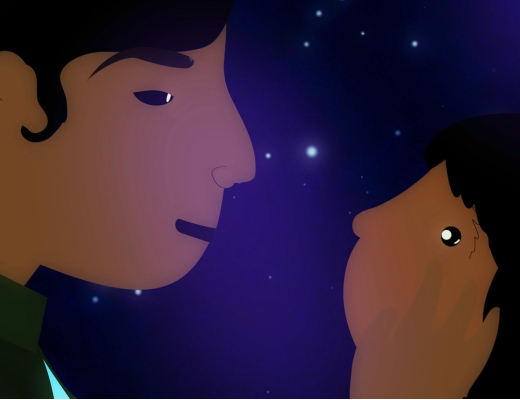