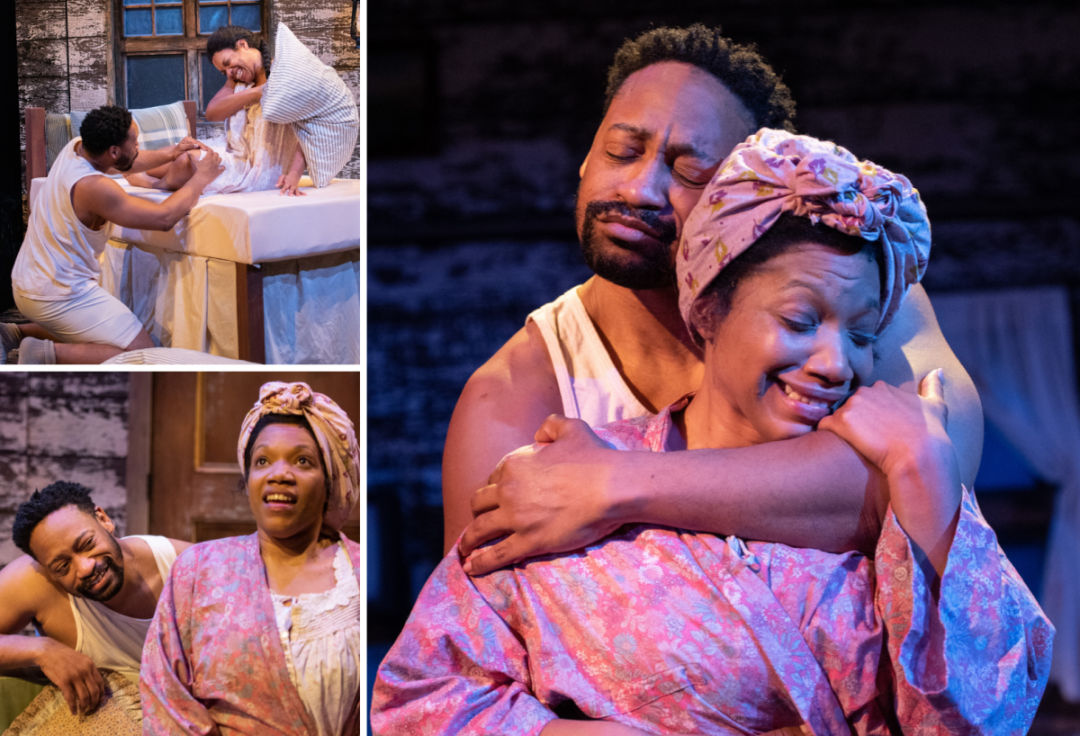 I could not help but root for these two lost and lonely souls to find solace in each other.

Every 17 years, cicadas emerge from underground and swarm the earth, searching for their mates. Their long incubation leads to a relatively short — yet loud — existence aboveground. Though they are here only a short while, they make their presence known. In mythology, the cicada is known for themes such as immortality, resurrection, and ecstasy. As we attempt to heal from a pandemic that has shaken the global center, the cicadas are here to remind us of the inevitability of life and death, shouting a promise that no matter what, the world still turns.

This thematic underpinning undergirds Angelica Chéri’s Berta, Berta, currently running at Everyman Theatre. The play is a two-hander following the entangled lives of Leroy (portrayed by Gabriel D. Lawrence) and Berta (portrayed by Myxolydia Taylor) as they try to heal their broken selves through each other. After being estranged for three years, Leroy arrives at Berta’s door, bloodied and scared, having committed murder against someone claiming to have “had” Berta. What follows is a story of mysticism, passion, and love all over the backdrop of the early-20th-century American South.

I first became acquainted with Chéri’s work through her and Ross Baum’s musical, Gun and Powder, which had its world premiere at Signature Theatre Company after enjoying development through the new-musical laboratory SigWorks. Like Gun and Powder, Berta Berta is a period drama — perhaps indicative of Chéri’s artistic oeuvre. Set in Mississippi in 1920, the play feels like an eternal flame; that is, the passion is palpable throughout the production. Both Lawrence and Taylor give tenacious, laborious performances, and by laborious, I mean it admirably. In their impassioned deliveries of Chéri’s poetically written script, one could literally feel the two actors working. Even streamed virtually, their chemistry is felt from the very first moment they are together on stage right until their very last moments holding each other.

Under Reginald L. Douglas’s careful direction, what could end up strained and forced was, instead, lyrical and heartfelt. Coming in at just over 80 minutes, Berta Berta is well-paced, stacked with just enough moments of humor and lightness to balance out its dark subject matter. Ironically, while viewing the play, I found myself both consciously and unconsciously reminded of August Wilson and his signature blend of realism and mythology — only to read an interview where Chéri cites The Piano Lesson as influencing this play, particularly in hearing the prison work song, “Berta Berta.” Chéri notes that this song currently has no known originary moments; despite its being a love song, no one knows who the man and woman were. “I had to write an origin story,” Chéri says.

As enthralling as the script, performances, and direction were, these choices were further framed gorgeously through light and sound. Where we were forced to step in and out of reality (sometimes in Berta’s head, other times in Leroy’s), the aesthetic devices supported it dramaturgically and helped to communicate these moments to the audience. The collaboration of Sarah Tunderman’s lighting design and Lawrence E. Moten’s set design staged the moments of mysticism in ways that differentiated them throughout. I was particularly drawn to the strategic and skillful employment of sound. Knowing that the play serves as an origin point for a song, it seems intentional from Chéri that sound would play an operative role in the production. Chéri contends that “sound has a reverberation,” and those reverberations rang throughout Berta, Berta. It wasn’t simply songs or music that provided the critical sonic moments, but the screams of the cicadas, the rustling of the trees, the banging of steel when Leroy would be reminded of his trauma from his crimes.

Berta, Berta, ultimately, does an incredible job with a lot of heavy subject matter. Yet, in the hands of Chéri and Douglas, the narrative seems even. Though the tension begins and remains palpable throughout and the audience knows the inevitable is going to happen  (they can never be together), I still could not help but root for these two lost and lonely souls to find solace in each other. The play is yet another gorgeous entry into a genealogy of Black Southern gothic. The cicadas may be here for a short while, but after watching this production, I am looking forward to Berta, Berta’s long life. 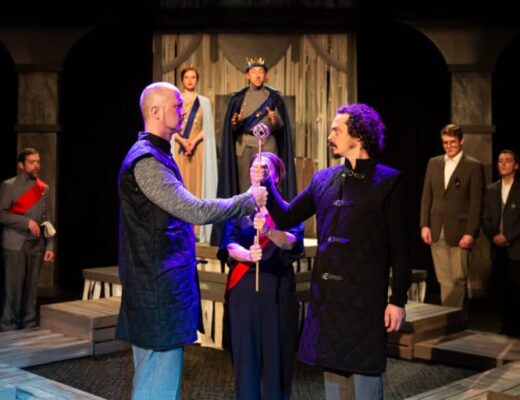