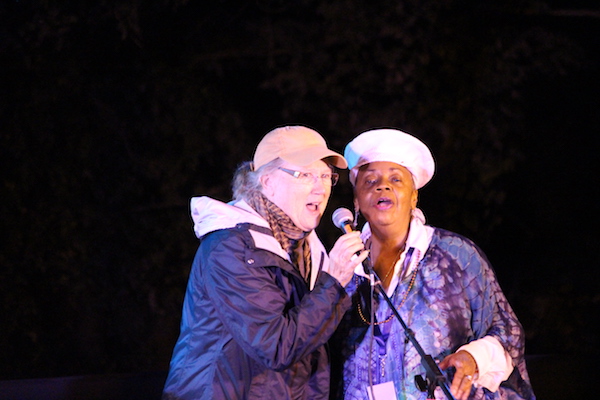 Musician Holly Near has dedicated her life and career to ensuring that her music allows activism, storytelling, and more to intersect. She has participated in the annual music festival SisterSpace in the past and continues to be a vital force in that event and the LGBTQ community. Below, she tells us a bit about her own career and the importance of festivals like SisterSpace.

How did you get involved with SisterSpace, and why is an event like this important to you?

I began participating in women’s music festivals in the early ’70s. I believe they have been a hugely important way for women and perhaps more specifically lesbians to gather. We all need songs no matter who we are, no matter where we come from. Lesbian and woman-identified songs were originally sung in the privacy of the home but fortunately, the music broke down the front door.

You’ve been involved in the music industry for some time now. How have you seen the industry shift and change, specifically in its inclusion of LGBTQ performers?

I’m not much of an expert on the music industry. I left it pretty quickly. I didn’t know how to be me in it. I was singing political lyrics, anti-war songs, songs about social change right from the start, and that just didn’t fit into the industry hit song mold. So I started my own record company. This was in 1972. That said, I think the work that lesbian feminists did to make a space for outspoken music laid the ground work so that women artists could then chose to go in to the music industry or work with the alternative feminist networks.

How has your experience as an out artist shifted your own life?

Before I came out I was already singing songs that had words like “genocide,” so my chances of a mainstream career were already unlikely. I knew that it would be difficult when I came out. Back then, the so-called white, male-dominated left and progressive movements were not user-friendly to feminists or lesbians and, for the most part, not receptive to people of color either. So by coming out, I would lose a good part of my audience in the peace movement. But they eventually went through their own changes. Now, at least in appearance, most social change groups are welcoming of diversity of all types. It is the next step that is hard. How do we change the racism and sexism that still hangs on in organizations, institutions, and individuals? I think that songwriters can continue to be of use in this regard. It is important for people who think of themselves as progressive to look long and hard on what work still needs to be done. In this case, for example, lesbians have an opportunity to really undo the racism and class discrimination that lurks in our communities, our structures, our culture. Music festivals can be part of this work.

What does SisterSpace mean to you, especially in the context of today’s social and political climate?

SisterSpace has made a commitment to challenging racism and other forms of discrimination. It is in their mission statement; it is reflected on their board and in their leadership. It gives us all a place to practice and we can take that knowledge out into the larger community.

Is there anything else you would want to add, either about yourself or to burgeoning LGBTQ musicians?

Young artists will make up a path that I cannot even imagine. That is how it goes and I look forward to seeing where it goes. However, no matter when we come in to this work, it is a challenge to really commit to being socially relevant and conscientious artists. It takes practice and can be painful and it can be glorious. As hard as it has been over the last 50 years, I do not regret for one moment working outside of the mainstream. 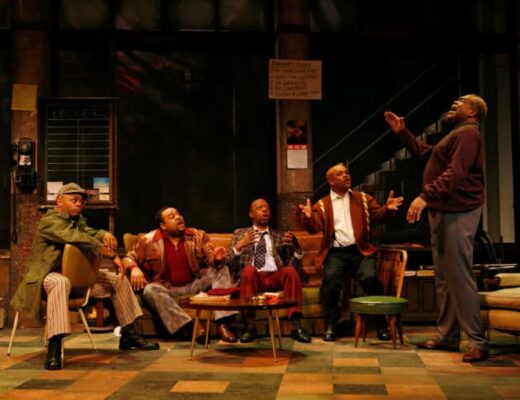