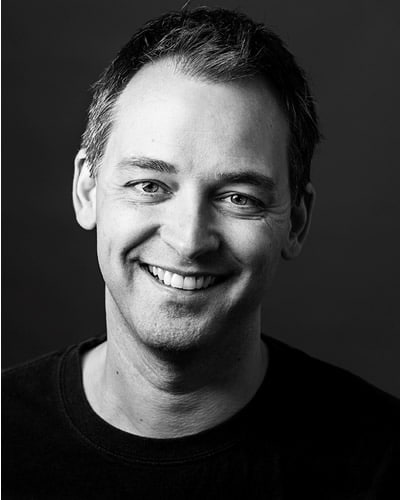 Marcus Kyd has two résumés (acting and directing) and a music catalogue. This may not sound special until you realize that both résumés, filled to the margins with production credits, do not contain overlapping credits. As a co-founder for Taffety Punk, Kyd keeps himself busy, and consistently in a state of creation with the other company members. The year 2020 is no exception, as Kyd has demonstrated that he’s not slowing down any time soon.

The Taffety Punk troupe has been described by the Washington Post as the “most vital of the city,” as the members act, dance and make music. They operate more as a band, according to Kyd, their productions coming together from collective jam sessions rather than the typical structure of building off a script.

Which brings us to suicide.chat.room, a play Taffety Punk first produced a decade ago, and is bringing back for its ten-year anniversary. This is one of those times where the cast is working from a script, building a new production and making new discoveries from a work they produced before. Now a fully formed script, suicide.chat.room was built by the Taffety Punk team from the words and writings of people who posted in chat rooms, message boards, and early internet forums where the subject matter dealt with suicide and the people who struggled with suicide.

“To me it was a scary idea. A lot of of us in the original ensemble had lost someone to suicide,” Kyd says. “We wanted to shine a light in this super dark place. Or let someone else know they were not alone.”

Kyd remarks how working with this script now feels like working with a period piece, as the internet of ten years (or before, since some of the comments used for the play were posted well before 2010) has changed over the course of a decade.

He describes how they would search the different forums, chat rooms and message boards of the pre-Facebook, Reddit and Twitter days for the conversations and pieces that make up the text of the production. They built the production from laying out pieces of those text on separate sheets on the floor and building the choreography from there.

“Even in that first rehearsal, we had a ten to twelve year period of internet time represented on the floor. All of the text is from literal chat rooms, some as far back from the 90’s. We didn’t even have to log in,” Kyd says.

Kyd and the current cast debated whether one character’s text may be interpreted as trolling today, or the intention behind another character’s description of coming up with multiple means of committing suicide. Through technical and artistic choices, ”We play with how the message comes across. You heard what we wanted to hear, but the internet is a crowded place, there’s a lot of gobbledygook going on all the time, but we wanted the audience to hear that.”

For the tenth anniversary, Kyd and Beauty Pill, the DC-area band that composed original music for suicide.chat.room are releasing an LP named “Sorry You’re Here,” in honor of the welcoming phrase the creative team would see from posters when someone new joined the group. There would be a cascade [from the posters of the online groups to the new members] of saying ‘We understand you, welcome, and sorry you’re here.’”

Another set of changes audiences can expect is in the choreography, devised by Paulina Guerrero.

“Every time this piece is re-mounted, it changes because it is a collaboration with the actors and the whole cast. The movement is so highly individualized, and based on the creativity of the individuals who are performing the piece,” Guerrero says. “There are core, group phrases and some key important solos that have remained the same, but even these always change with each new cast because each group brings a different and new raw energy.”

As a company, Kyd explains, Taffety Punk does not shy away from performing highly unusual, high stakes productions. They try to approach these stories with a poetic and honest eye. For both Kyd and Guerrero, there’s a sense that the stories are important to share openly and without fear.

“We pathologize and stigmatize suicide so much, that we push people into hiding. They don’t communicate or try to connect with anyone. Having suicidal thoughts is actually a part of being human-but we don’t say these thoughts out loud because we fear that people will jump out and institutionalize us.” Guerrero says, sharing studies on suicide attempts. “We need to take a long hard look of how our culture and society in the U.S. has created a toxic and unsustainable existence for many folks.” “When I lost my best friend there were no signs,” Kyd shares. “He was on his way to pick me up and didn’t show up. I saw [suicide.chat.room] as an opportunity to listen to the truly suicidal in their own words.” 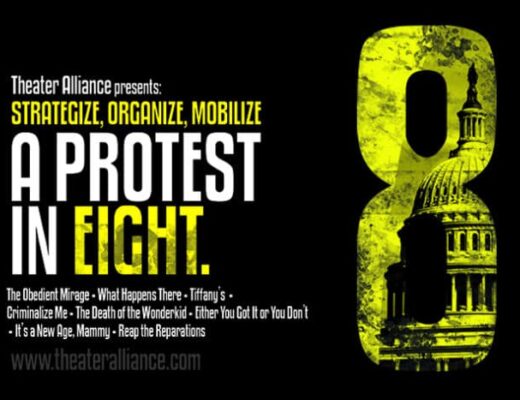