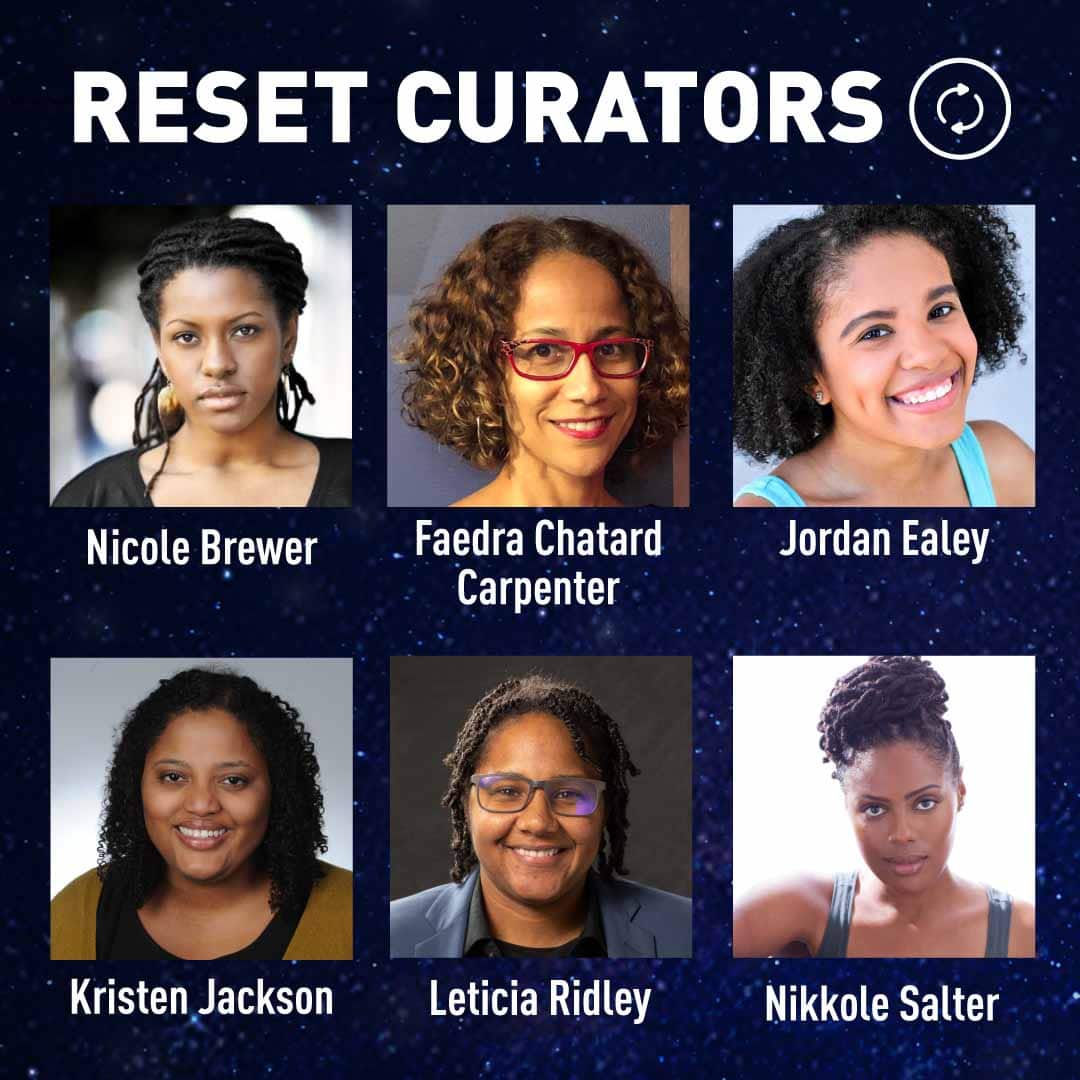 How an opportunity at Woolly Mammoth to create a “new canon” became a celebration of inclusion.

Questions of “canon” have haunted me throughout my theatrical education and subsequent professional career. As a precocious young child obsessed with the performing arts, I searched and searched for Black girls’ and women’s presences in the theater I was being exposed to, always disappointed when I felt I could not find it. This constant search has followed me throughout my educational career in theater and performance, especially as I embarked on a search for Black woman–authored works in musical theater. Happening upon the work of Pauline Hopkins in scholar Daphne A. Brooks’s award-winning critical text, Bodies in Dissent: Spectacular Performances of Race and Freedom, 1850–1910, was a crucial moment: I was exposed to Hopkins’s esteemed career not only as a writer, journalist, and archivist but as the first African American to have a musical produced in the United States. How, in all of my years of theater education, had I never heard of this brilliant and path-breaking woman? So when I had the opportunity to expose her historically significant work to the theatergoing public, I happily accepted the offer.

The opportunity came from Maria Goyanes, artistic director of Woolly Mammoth Theatre Company, who sought to create a project that challenged and rethought public knowledge of particular artists. She had been struck by a collaboration that Woolly presented seasons ago with The Lab for Global Performance and Politics at Georgetown University, which featured Woolly Company Members Jon Hudson Odom and Rick Foucheux portraying James Baldwin and Studs Turkel respectively in a scene that to Goyanes was “revelatory.” What particularly moved her, she wrote later, was “hearing Baldwin’s words embodied by a 21st century actor.” Inspired, Goyanes invited a group of theater artists to collaborate on a project that would rethink and reshape the concept of the “canon.” The project would be a “power-sharing model” in which both established and emerging theater artists would have an artistic voice in a large arts institution, buoyed by last summer’s We See You, White American Theater, a collective of theater artists of color that challenges the racial and ethnic exclusion within the American theater industry.

The group of invited curators — Nicole Brewer, Faedra Chatard Carpenter, Kristen Jackson, Leticia Ridley, Nikkole Salter, and myself — embarked on generating an equally conscious and complex artistic intervention: a “new canon.” Goyanes’s charge for us was to curate a collection of pieces to challenge perceptions of people that we do not know, that we think we know, and that we have yet to know. The project, now known as Reset, was to begin an enriching conversation on how we celebrate and engage a diverse repertoire of cultural, social, political, and artistic works across time, space, location, and identity.

The five other curators and I brainstormed for a while on people and works that impacted our lives in meaningful and distinctive ways, relying not solely on a shared category of “Black womanhood,” but rather on elevating our relationships to the people and communities who have helped shape us on our personal, creative, and scholarly trajectories. Some of my favorite moments working on this project were from those early meetings with the other curators, where we would ruminate on the people whom we have thought alongside. As Nikkole Salter proclaimed, Reset is “a deeply personal project,” culled together from women, both ancestral and still living, who touched us all. “As we move forward as a human species, it’s important to acknowledge that we are all a part of the story, and allowing our focus to shift to the voices of those who have willfully been excluded is necessary for the restoration of truth and the understanding of life itself.”

Our selections spanned an extraordinary range of fields: playwrights and librettists Pauline Hopkins, Rita Dove, Zora Neale Hurston, and Vy Higginsen; director Dr. Barbara Ann Teer; poets Nikki Giovanni and Audre Lorde; actor Hattie McDaniel; activists Ida B. Wells and the Combahee River Collective; and lighting designer Kathy Perkins. Alongside videos of short selections from their work (either embodied by actors or in archival and documentary-style footage), the entire curatorial team also provided dramaturgical content about each of the women featured as well as recommendations for further exploration. We wanted the site to be not only a rigorous artistic project but also an educational tool.

For instance, my research interests and passions are in excavating the history of Black women in musical theater and popular music history, so I knew that I wanted to include someone from that ongoing research in our new canon. I landed on Pauline Hopkins, a 19th- and early 20th-century novelist, journalist, and playwright. Many folks, particularly within the scholarly world, are familiar with Hopkins’s work as a novelist (she wrote romance novels and is speculated to have been one of the first to incorporate understandings around race into the genre) as well as her journalistic contributions (she was the longtime editor of Colored American Magazine), but she is rarely situated within theatrical contexts and certainly not known by the larger theatergoing public. It felt only right, then, to follow the impulse to reset public knowledge and history by featuring Hopkins’s musical comedy, Peculiar Sam, or, The Underground Railroad.

The musical follows a group of enslaved people as they plot to escape via The Underground Railroad to Canada to achieve their freedom. Collaborating with director Tyler Thomas, whose artistry and vision enriched this play in ways I could not have imagined, I selected an excerpt from the script where Sam, the titular character, and his comrades on their plantation are plotting their escape and eventually travel to their first “stop” on the Underground Railroad. As written, the excerpt also includes the song “Steal Away,” which is to be sung as they transition to their first stop. Knowing the limitations of synchronous singing on Zoom, Tyler and I devised a plan to incorporate the words “steal away” both in dialogue and to close the excerpt. The result is a creative interpretation of the song’s narrative function: an invitation to choose freedom.

Other curated pieces were inspired by our vastly different life experiences. Leticia Ridley, my creative collaborator on our podcast Daughters of Lorraine, selected Nikki Giovanni’s “Ego Tripping,” a poem dedicated to celebrating the strength and beauty of Black women. Leticia was inspired to include this piece by her love of “Black women talkin’ their shit.” Originally, she wanted to film actors Paige Hernandez and Natasha Ofili in a cypher-style video, like the ones originating in rap battles, but could not do so due to the COVID-19 pandemic. Nevertheless, the work by Hernandez and Ofili is equal parts fun and poignant, featuring Giovanni’s unforgettable words and their fluid movement. One of Faedra Chatard Carpenter’s pieces is a diary entry from journalist-activist Ida B. Wells, who inspired Carpenter not simply because of Wells’s important work in bringing the anti-Black violence against African Americans to national attention, but also because of her position as a mother. Carpenter, a mother herself, looked up to Wells’s ability to juggle motherhood while also fighting for the Black community.

Anti-racist facilitator, professor, and performer Nicole Brewer’s curation of a monologue by Hattie McDaniel encourages audiences to rethink how we perceive the Oscar-winning actress, who portrayed “Mammy” in Gone With the Wind. Kristen Jackson, Woolly’s director of connectivity, infused Black feminism into the collection through her curated piece, the Combahee River Collective’s “A Black Feminist Statement,” delivered by actors Sisi Reid, Amiah McGinty, and Patience Sings. Reading and rereading that classic manifesto inspired me to claim Black feminism as my political, intellectual, and artistic ethos. Hearing its words aloud in Reset nearly brought me to tears and will undoubtedly inspire the next generation of Black feminists.

Nikkole Salter’s pieces — which include performances of both Phebe’s monologue (portrayed by DC-area actress Shannon Dorsey) from Rita Dove’s The Darker Face of the Earth and an excerpt from Vy Higginsen’s long-running off-Broadway musical, Mama, I Want to Sing (portrayed by Ahmaya Knoelle Higginson) — are also significant interlocutors in Black theater history. Her pieces on Dr. Barbara Ann Teer, founder of the National Black Theatre, and Kathy Perkins, professional lighting designer and editor of the first anthology of Black women playwrights, are more like short documentaries on the two women’s significant contributions, which call for even more study, engagement, and celebration. Of the authors whose work Nikkole curated, she mused, “They are people who found a way to use what existed to make room for those people and perspectives that were being ignored and excluded.”

The Reset digital collection reminds us that there is always more work to be done to sing the voices that remain, to some, unsung. Working on this project has clarified my interest in history and maintaining an intimate yet critical distance to it. I wholeheartedly believe that Black women and their work are worthy of intense scholarly and artistic engagement. When rehearsing Peculiar Sam we discussed the fact this musical comedy needs to be fully staged. Why run from this history when playwrights such as Shakespeare and Molière are consistently programmed even to this day? I want Reset to spark those conversations and potentials for future theatrical programming. 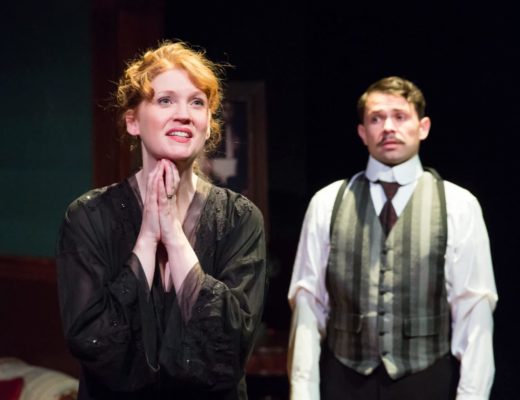 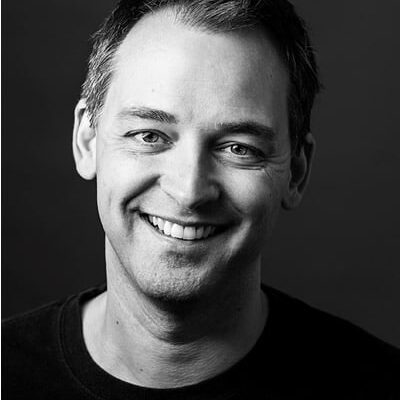