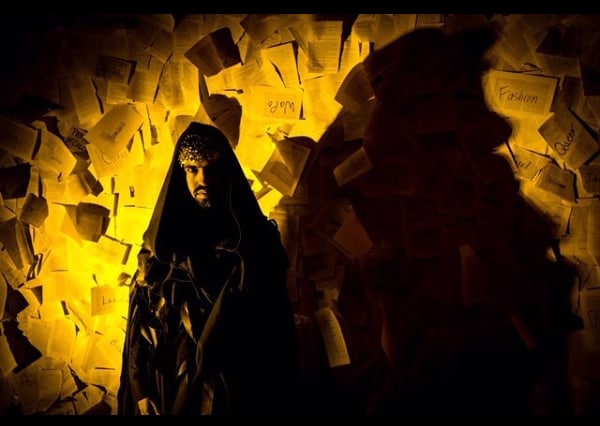 Tradition Be Damned (TBD) Immersive, DC’s first large-scale immersive theater company, isn’t interested in designing shows for audiences to watch. They want to create worlds for participants to explore, with the stated goal of generating “new opportunities for empathy and engagement.” Immersive theater offers exciting avenues for blurring the lines between reality and fiction, between creator and consumer.

Risk is also inherent. It is easy for experiments to turn into gimmicks, and such shows walk a tremulous line in providing sufficient guidance for participants to understand and embrace the world they are entering while still allowing us to freely interact with and alter that world. The Dupont Under(World), TBD Immersive’s most recent venture, is an entertaining introduction to this innovative genre, but leaves something to be desired at its emotional core.

Under(World) shows are limited to 10 participants at a time, 5 of whom are assigned to travel from life to death, while the others travel from death to life. (I traveled from death to life, and so this review will focus on that half of the experience.) The setting is the Dupont Underground, a tunnel-turned-art space that lends itself to the show’s construction as a journey. Participant souls are met at the underground entrances by a guide who leads them through a series of rooms in which participants complete tasks or engage in experiences that theoretically prepare them for their transition into life or death.

Although the graphic murals and association with gallery openings and trendy shows makes the Dupont Underground seem a little too cool to be a purgatory, TBD Immersive works impressively within the space. Highlights include an ethereal soundscape crafted by Rikki Fromahder, the regal presence of the life guide (Keenan Gibson), and imaginative costumes designed by Deborah Lash and Colleen Parker.

At every turn, Under(World) is interactive; actors ask questions of the souls, guide them through small activities, and offer up elements of the set to be touched and manipulated. It is important to enter the show ready to suspend disbelief and be a willing participant. Nonetheless, interactivity is not the same as immersion. I felt some uncertainty surrounding participants’ roles on the life journey, which kept one of my feet planted firmly outside the underworld throughout. As spirits traveling out from a collective unconsciousness, we are told that we may have only fuzzy memories of the world above and of our previous incarnations. Are we supposed to be playing memory-washed characters, or should we bring our real experiences to bear? Unfortunately, this question goes almost entirely unexplored. While the experience feels somewhat personalized through conversational elements, the choices participants are asked to make are limited and appear to have no substantive effect on the development of the show.

By taking on the weighty subject of life and death, Under(World) establishes an expectation of conceptual experimentation and emotional gravity. The tone of the play is serious, but not reflective. Most welcome, there is no pontification about the meaning of life and death. Producing Artistic Director Strother Gaines explains that the show tries “to guide audience members to use their own lives and experiences to fill in moments of meaning that are important to them rather than us tell them ‘this is how you should feel about life!’” I am always grateful to have unanswered questions at the end of a show, but I wished that this one had raised more of them in the first place.

Most of the experiences participants engage in along the journey feel perfunctory or playful to the point of slight. Even the show’s climax of sorts, in which the life and death tracks cross and souls on opposite paths meet, has an air of empty ceremony rather than sacred ritual. Only the final room along the journey (which, for those traveling the alternate track, constitutes the first) resonated with me. I won’t spoil its surprise, but its success lies in making space for a private moment that grapples with grief, fear, and uncertainty. This room is a glimpse into what Under(World), devised with greater space for silence and mystery, could be.

TBD Immersive clearly comprises a talented, dedicated team. Working in Dupont Underground with its spatial restrictions and electrical oddities must be a major challenge; the sets are smartly designed and visually appealing; the actors are skilled improvisers. Immersive theater is a great way to involve audiences in the artistic and interpretive leaps a play requires, and to democratize the world-making function of theater. I am a newcomer to their productions, though they’ve been at work for the past three years; I can’t wait to see what they do next. I only wish that Under(World) took fuller advantage of the resources at its disposal and the formal possibilities. A show that takes us deep into the belly of the city should also guide us beyond the surface of its subject matter. 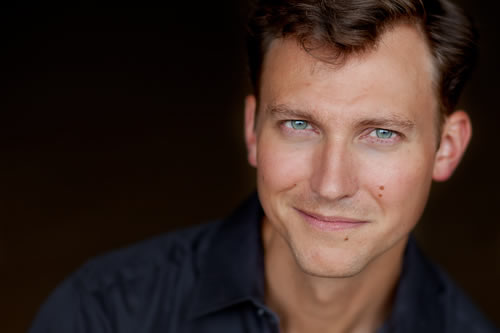 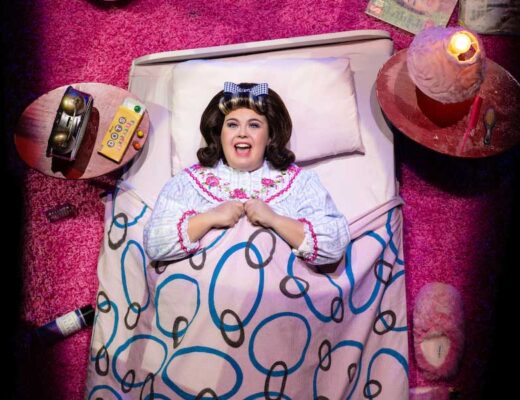